On Friday, children and activists of all ages protested gun violence in a National School Walkout. The day marks 19 years since the Columbine School massacre where 12 students and a teacher were shot to death by two students with a mass of weapons. In addition, 24 were injured.

While the walkouts/marches took place around country, a 7-year-old girl named Havana from Washington D.C. sat alone outside of her elementary school. None of her classmates would join her. Havana tweeted: “I am all alone at my school, but I know I am not alone.”

I am all alone at my school, but I know I am not alone. #nationalschoolwalkout #columbine pic.twitter.com/1zozqfKIYw

Teen Vogue interviewed Havana on Friday and the mighty young activist made it very clear that her solo experience that day far from throttled her enthusiasm for the many causes she believes in.

After attending the March for Our Lives on March 24, Havana knew that she wanted to do more to help end gun violence in schools. She says she’s been closely following the Twitter accounts of students from Parkland, Florida, and credits Emma González and Naomi Wadler with inspiring her. While Havana acknowledged that she isn’t yet old enough to vote, she doesn’t want age to stand in the way of her activism. “I want to help the big kids and adults and show them I support them as much as I can until I am old enough to vote,”she tells Teen Vogue.

In addition to Havana’s support for common sense gun reform, she is also involved in education and started a book club that coincides with Black Lives Matters.

“I believe Black Books Matter, too, and I donate a lot of books to my school with black girls in them,” she explains.

“…She wore her astronaut suit to show her friends and the world that little black girls have dreams and aspirations and they are strong and beautiful and deserve the same chance to achieve their goals as everyone else.”

In concluding their story, Teen Vogue managed to acquire some remarkable quotes from this young girl who’s out to change the world.

“You are never too little to make a difference, “Havana said. “I know that just because I am only seven doesn’t mean that I can’t help other people every day. My advice to other kids is that you don’t have to be a grownup or be famous to change the world. Sometimes you just have to choose kind to change the world.”

I am humbled. You can leave a comment for Havana on her Twitter page Havana/@tinydiplomat here. There you’ll also see her short bio: 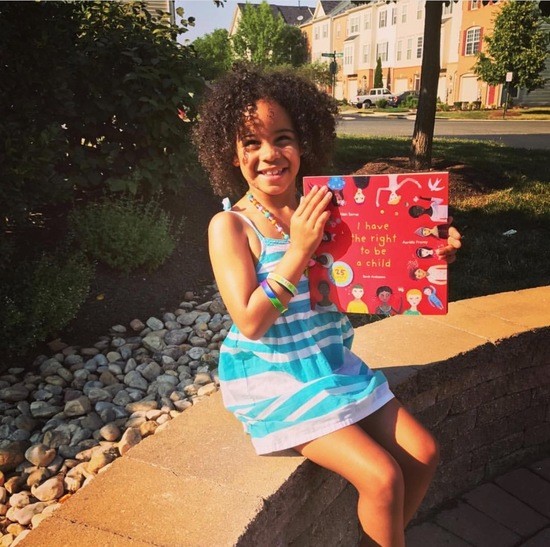 The 7-year-old also started a GoFundMe page to raise money that will help some of her classmates have access to more books depicting girls and women of color. She says, “Boys AND girls need to see strong Black females in their books.” She calls these women and girls her “(s)heroes.” On the GoFundMe page, Havana also says if folks would rather donate books than send money, that would be great too (the address is included). Any funds left over will go to buying more books for others in need. It’s worth taking a hop over to the page — even if just for a quick glance at the beautiful images and to learn more about another bright and beautiful light in this world.

Cross-posted with permission from Daily Kos.

HEY THERE – we’re having a sale!

Christian Nationalism is neither

SNAP is vital tool for fighting hunger that should be strengthened, not attacked